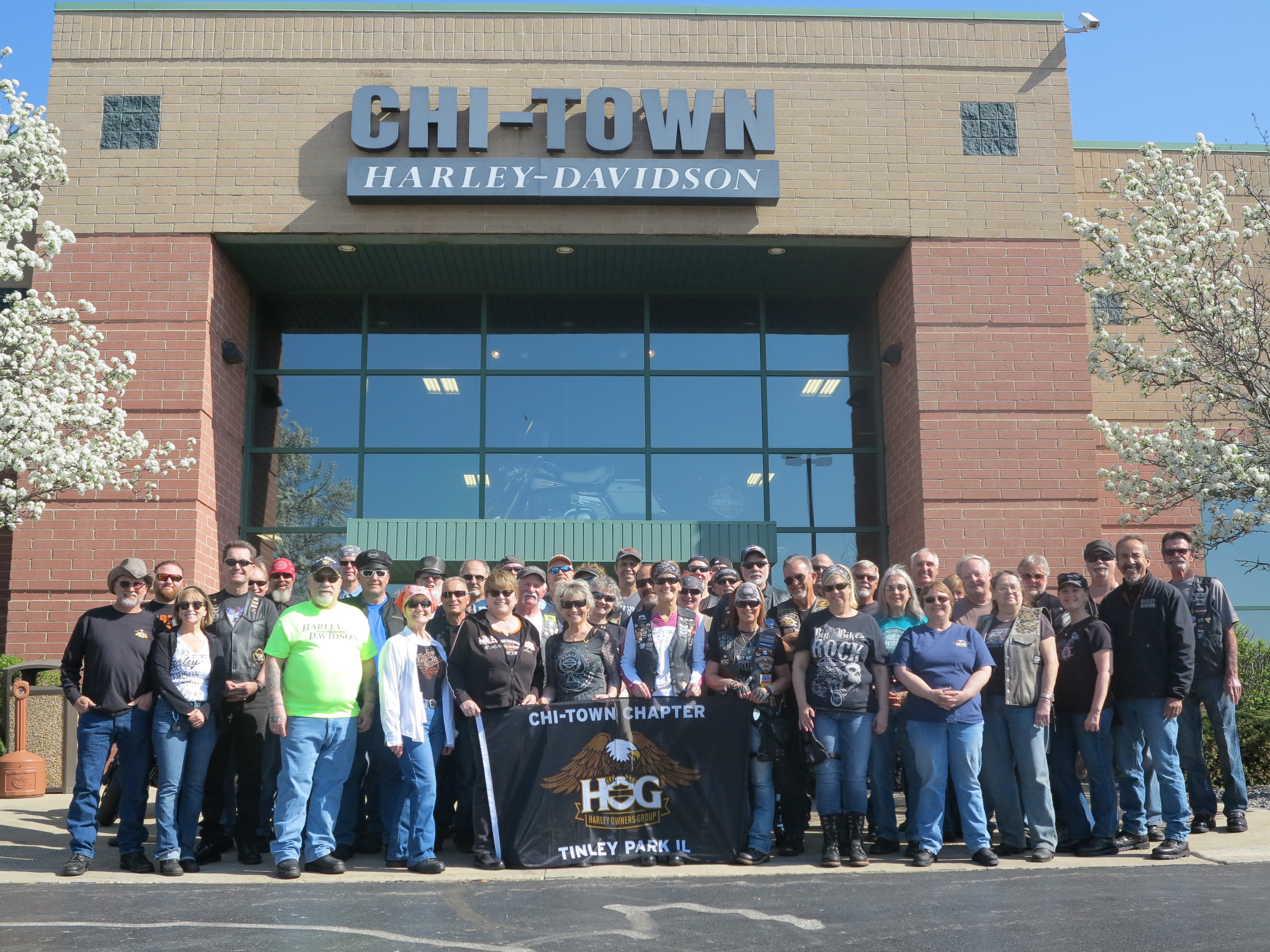 The Chi-Town Chapter of the H.O.G.® was officially chartered in July of 1985 as the Homewood, Illinois Chapter since the founding dealer was Homewood Harley-Davidson. 12 guys who had absolutely nothing in common, except that they owned Harley-Davidson® motorcycles, took a chance by signing their names on a piece of paper in a notebook. Their motive was quite simple, they were looking for people they could ride with and just have fun.

Early on, it became apparent that the H.O.G.® Chapter was destined to become much more. Maybe it was because they wanted to get their families involved or maybe it was because the riding season can be pretty short in the Chicagoland area. But whatever the reason, it seemed like they were spending just as much time together off their bikes as on. There were weekend rides, poker runs, an occasional national H.O.G.® event or races. But it was the picnics, candlelight bowls, Christmas parties, and dozens of breakfast rides that helped transform the Chapter from a small group of acquaintances to a large group of friends.

What was started by that small group of Harley® enthusiasts has evolved into an extended “family” of sorts. Over the years, we have also shown our more serious side by getting involved in a variety of fundraisers for worthy causes such as summer camp for kids with hemophilia, Muscular Dystrophy Association, Juvenile Diabetes Foundation, and supporting the Annual Chicagoland Toys For Tots Motorcycle Parade.

In 2001, we became known as the Chi-Town Chapter when our sponsoring dealer opened Chi-Town Harley-Davidson®/Buell in Tinley Park, Illinois. We have grown quite a bit and changed our name, but over the last 17 years, we have never lost sight of the fact that our motto is: Just For Fun!